John, a British citizen, was born in South Africa and educated in England at Eton. He joined the British Army in World War II, and served as one of the youngest commissioned officers in the Rifle Brigade in Northwest Europe and, later, in Kenya during the Mau Mau troubles. His military service included periods with Intelligence. He retired from the Army in 1956 and joined IBM United Kingdom, serving on its Board of Directors. He was a leader in public and community affairs and helped to develop many national and international educational and community organizations.

A few months ago, I was given your book, The Christian Science Revolution in Thought, by a friend who said she had known you when she lived in London.

My reason for writing to you is to try to express my great gratitude for the book.  After a lifetime of being in Christian Science, I became Journal-listed a year ago.  This has caused me to experience kinds of cases and situations quite different from what I had known before.  My friend knew of my interest in your writing and supplied the book hitherto unknown to me.

My class instruction in California in 1962 was indeed thorough and satisfying, and I am grateful that our Association is still active. Yet, when I received your book, this solid work on Christian Science so extended my grasp of Mrs. Eddy’s writings and Jesus’ teachings that it appeared to be a wonderful answer to many new questions.

The book has helped me to see more clearly than before that Christian Science is the Christ, Truth, and my practice has become more effective and the healings appear to be quicker and without so much process.

As we know, a Christian Science treatment goes on being effective and active forever, accomplishing the purpose for which it is given.  The care you took to put your understanding and examples in writing is continuing to bear fruit in the substantial health, happiness and understanding for me and for those who call on me. For this, I am profoundly grateful, and I thank you. 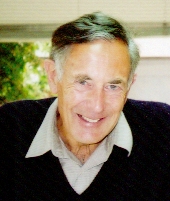 Our website uses cookies to give you the best possible browsing experience. If you continue to use the site we'll assume that's OK with you. To find out more please check our Privacy Policy.